Our flower farm journey began in 2014 when we found it quite difficult to source local organically grown flowers for our own wedding! We were not fussy with what varieties and colours, we just wanted FLOWERS EN MASSE! Thankfully we came across Matt and Lentil from Grown and Gathered who were growing flowers for trade at the time. We traded one of our black Suffolk lambs for our wedding flowers.

When Lentil pulled up in her van and opened the back door, I couldn’t believe my eyes! The van was full of flowers and foliage from foxgloves to Queen Anne Lace and so many more. We knew this was what we wanted to do on our farm. Grow Flowers. This, along with our passion to use our beautiful piece of land to support our family, gave rise to the creation of Fleurs de Lyonville. 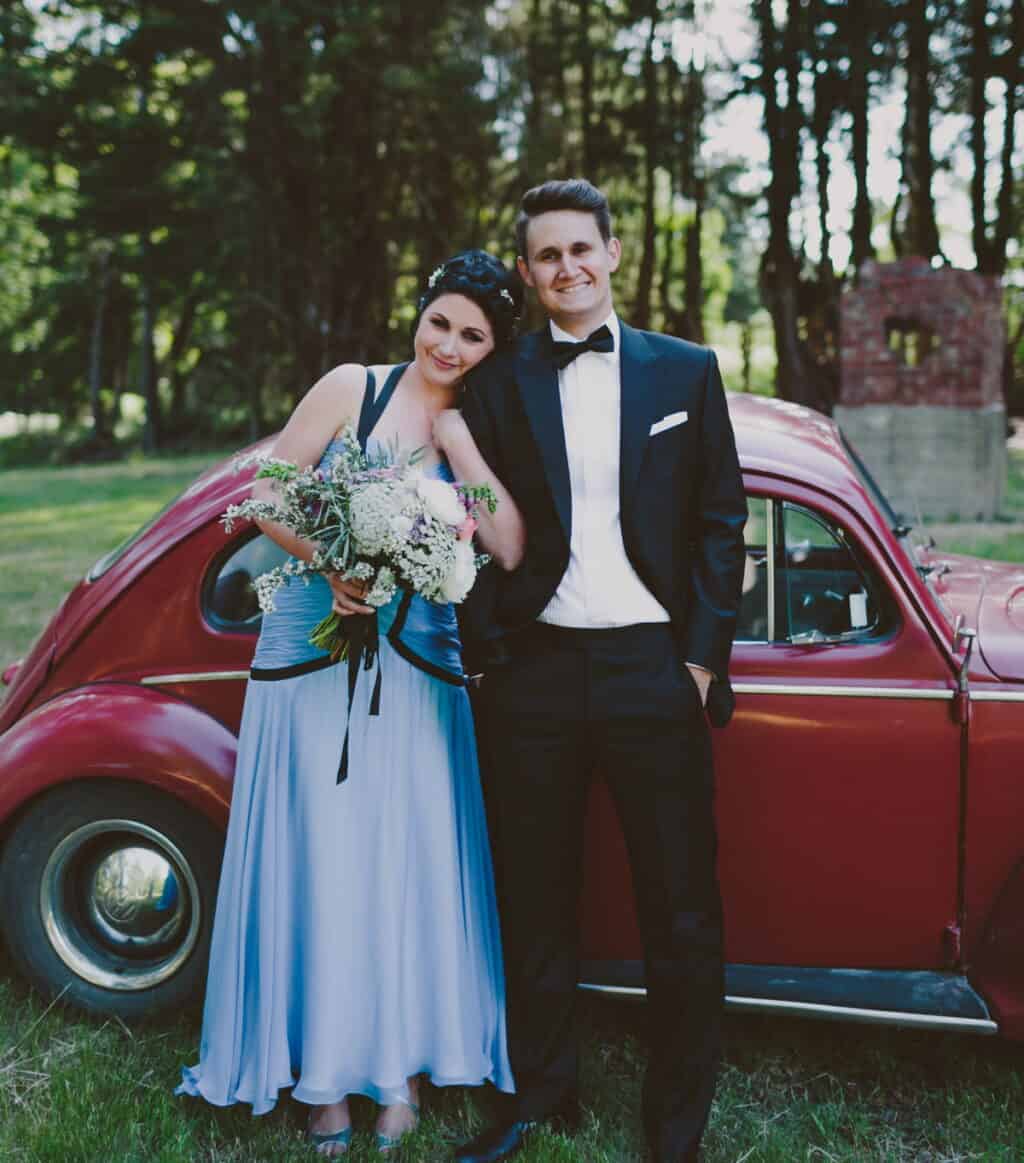 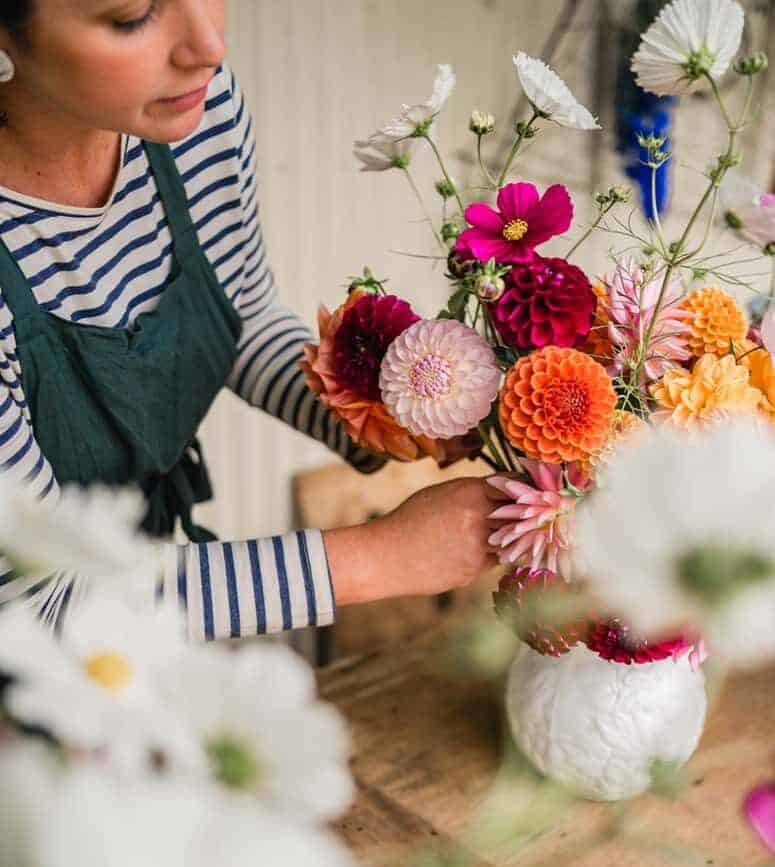 Janae is the heart and soul of Fleurs de Lyonville. It was her passion to begin growing blooms on our property that gave rise to our flower farm dream. Janae is the planner, the planter and the picker, and handles all of the social media. While not having any formal education in gardening or floral design, Janae grew up in a household of passionate gardeners. Her own artistic talents in ceramics have helped her transition into flower-growing and bouquet-making an effective one, especially considering she is also responsible for the full-time care of our two little ones: Gigi and Atticus. Janae loves nothing more than working hard in the patch (while listening to her flower farm podcasts, of course) and seeing the beauty her work creates, working with the seasons and nurturing growth over days, weeks and months. Taking these blooms and creating beautiful floral arrangements is the icing on the cake for her.

While not working as an assistant principal at a local school, Chris does what he can to help bring Fleurs de Lyonville to life — which is mainly as free labour! While he says that everything he has succeeded with has been through trial and error rather than instinct, he has become an integral part of the farm, creating soil blocks, sowing seed, and designing the irrigation systems.

Weekends and term breaks are often the busiest times for Chris, as he tackles as many jobs as possible, such as rotating the compost, and maintaining our fruit and veg patch, all the while fighting his hopeless and never-ending battle against his eternal enemy — weeds. 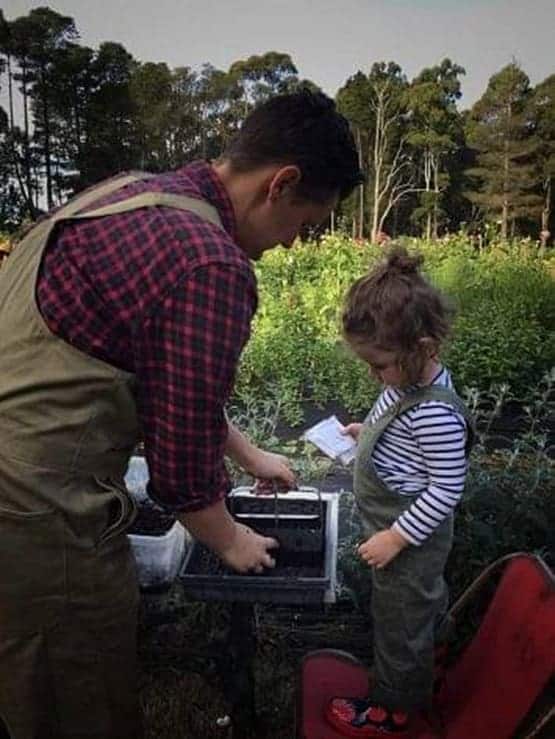 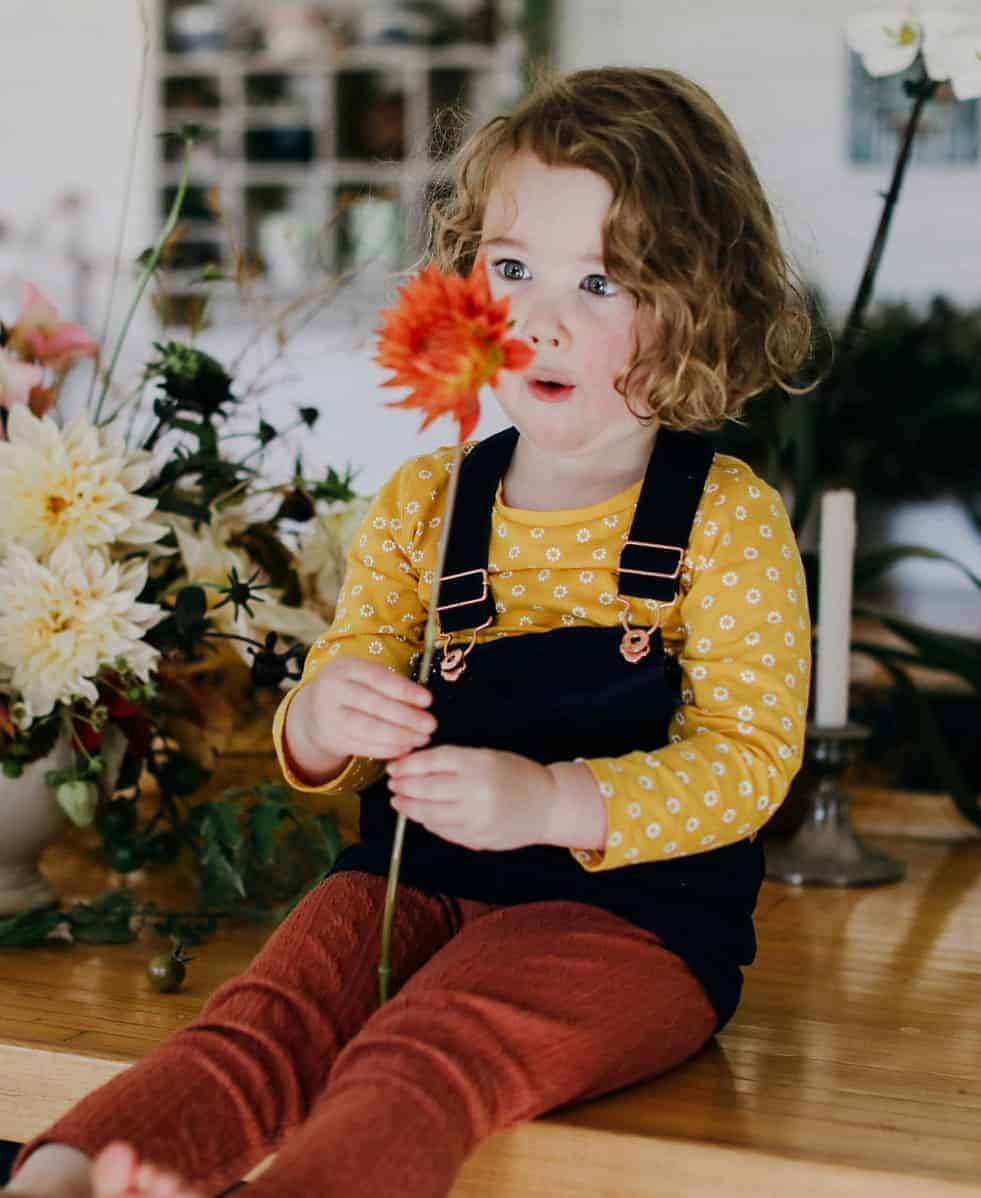 Ms. Gigi Wren is our flower farmer-in-training — and what a brilliant trainee she is! She is 4 years old, she already knows many of the flowers by name, and is always asking, “What’s that one called?” Gigi loves walking through the patch, picking a petal here or there to use in her sandpit and “cooking” for the family. We love the enjoyment she gets being out with us working in the garden and hope her love for flowers continues to grow. Gigi already helps us with seed sowing and watering and at the moment, there is nothing she enjoys more than helping put together the “Tussie Mussies” for the farm stall. We can’t wait to see her be able to contribute more!

Atticus is always the first one wanting outside each day, joining alongside us for all the farm jobs, even in winter. His happy place is the potager, where he loves picking veggies. He already has a keen interest in using tools, and Chris is looking forward to having a little helper with him when he is completing odd jobs here and there. 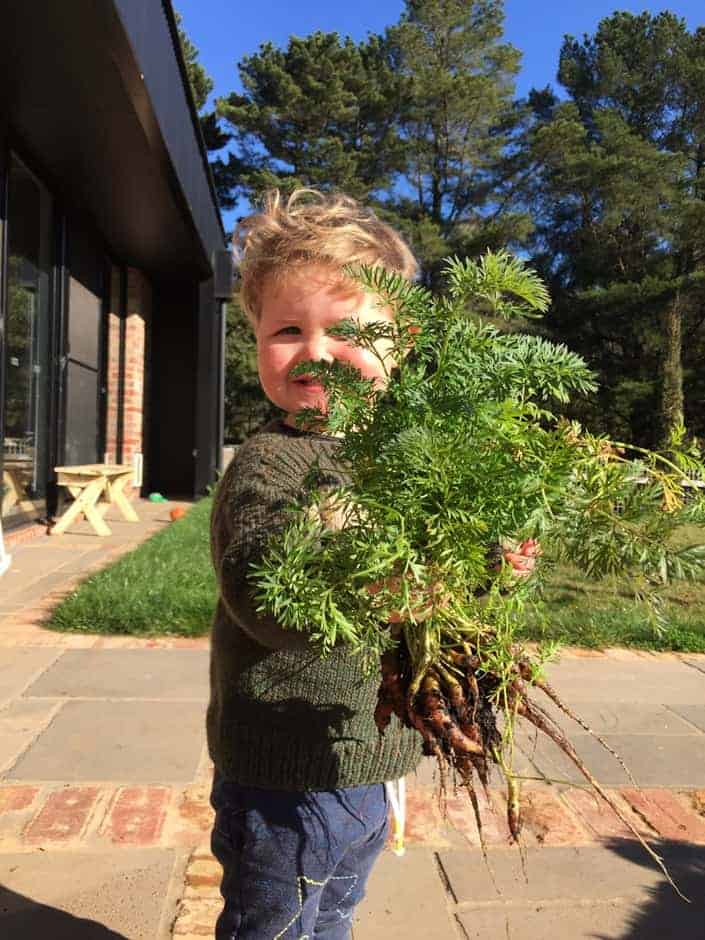 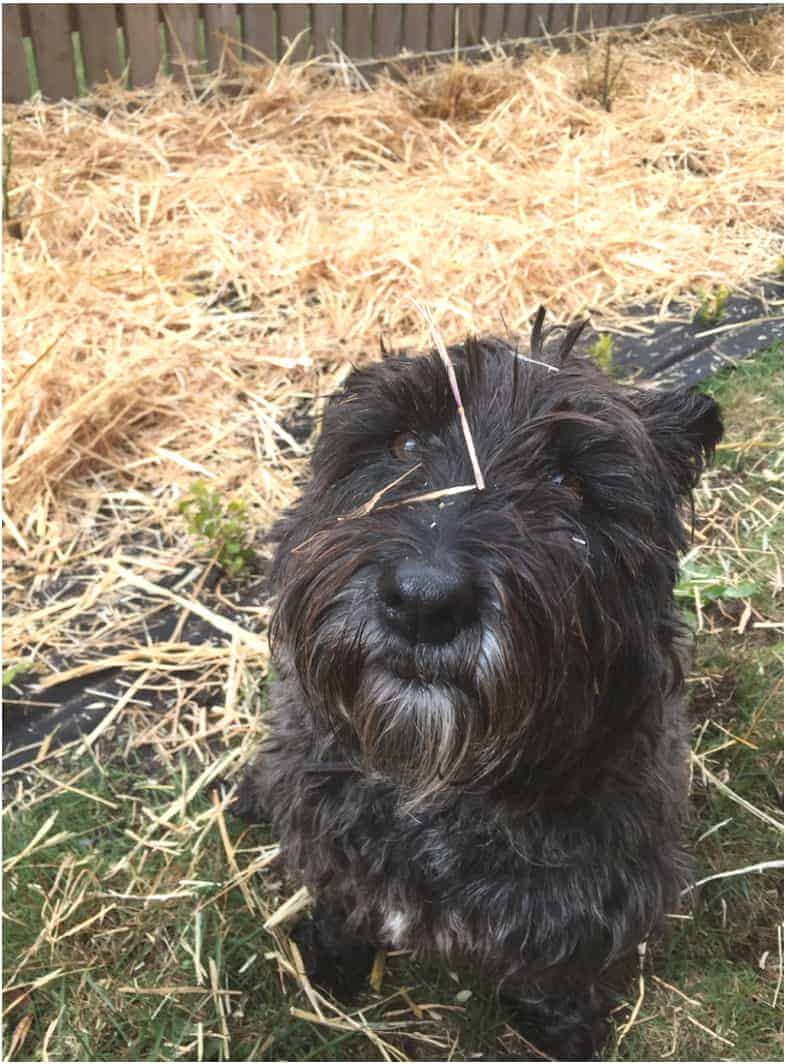 While not having any official flower farm duties (other than being our very own property doorbell), life wouldn’t be the same at Fleurs de Lyonville without our little terrier. She greets the florists who come to collect orders and, no matter the weather, you know she will be by your side when you are working in the patch. Peggy is also extremely photogenic, and is the best four-legged magazine or newspaper model you could hope to have.

Read more about us in:

Be the first to hear about our events, sales, and flower-growing tips!

We respect your privacy and will never provide your email address to anyone else, nor will we bother you very often.

We acknowledge that our flowers are grown on traditional lands of the Dja Dja Wurrung. Our respect to the Elders of these traditional lands is offered and, through them, to all Aboriginal and Torres Strait Islander peoples, past and present.

Thanks for signing up for our newsletter!